History of the creation of the Consortium of Universities of Russia

The Program is conducted with support of the Office of the UN High Commissioner for Human Rights. The OHCHR plays a role in ensuring efficient administration of the Program, access of all partners to the best academic practices, international expertise, and resources in the human rights area.

The UN OHCHR continues to aid the Consortium in consolidation of the work of its members and development of international cooperation i.a. with European Interuniversity Centre for Human Rights and Democratization (EIUC) – the Venice Consortium (Italy), that unites 41 European universities. The Venice Consortium provided invaluable assistance in formation of the substantive part of the study program and specification of methodology of teaching subjects.

The Venice Consortium aids in selection of candidates from among major foreign experts in the field of international human rights law, which deliver lectures in the capacity of invited professors, to master students of the partner universities of the Russian Consortium, and provides quotas for the participation of master students partner universities of the Russian Consortium in Human Rights summer schools, organized annually by the Venice Consortium.
An Interuniversity Resource Centre for Human Rights was established, housed by the International Law Department of the RUDN, with the assistance of the UN OHCHR.

The Consortium of Russian Universities is currently completing an important stage of “capacity building” and intends to expand its membership i.a. by including universities from the CIS member States.

The Master’s Program receives wide support from the Ombudsman Institution in the Russian Federation, which cooperates with the Consortium under the Agreement on an ongoing basis. That document provides for exchange of information materials, conducting joint Russian and international research and practice and educational activities, organization of mentoring programs for students in the Office of the Ombudsman. Key aspects of interaction between the Ombudsman and the Consortium, including the organization and conduct of research and practice and practice-oriented events for students of the master’s Program, are reflected in the annual report of the Ombudsman for 2016, published on 17 May 2017. The Offices of regional Ombudsmen also provide support the Consortium’s Master’s Programs in human rights.

On 17 December 2016, a scientific-practical conference, dedicated to the 50th anniversary of the International Covenants on Human Rights was held at RUDN University with the support of the UN OHCHR. The event took place on the basis of the decision of the representatives of the universities members of the Consortium of Russian Universities, jointly implementing the Master’s Program “International Protection of Human Rights”. The conference united more than 150 participants, including 19 doctors habilitatus and 37 candidates of sciences from 35 universities and research institutes, including 25 foreigners from 19 states.


Brandbook of the Consortium 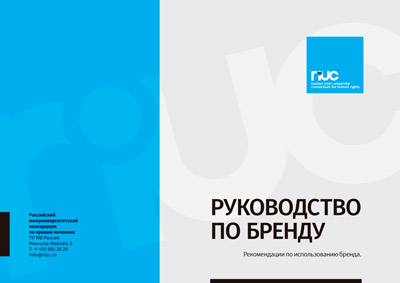 We have prepared recommendations on the use of the main graphic elements that make up the RIUC. Read on to help you get to know us a little better. 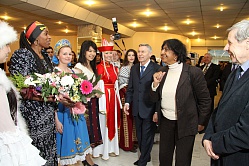 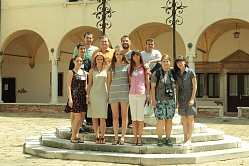 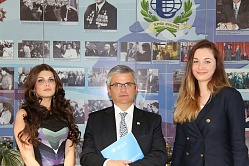 Graduates of the program with Rishard Komenda, RUDN, 2014. Home activity